Posted at 15:51h in General by LS-admin@schaukel

That’s one hell of a love swing fail. But it can also lead to serious injuries. A fall and an impact with the back or head on a hard floor can end in a wheelchair or even worse.

We are sometimes asked why we offer a ceiling mount with four huge screws, although purely mathematically a simple “normal” 10-12 mm hook or a corresponding concrete anchor should do the job as well.

The reason for this is that we don’t know the conditions in your case, the fact that the load-bearing capacity also has a lot to do with the ceiling itself and whether the anchor was screwed in well.

Further it is physically in such a way that an “accelerated mass” gets a multiple of it’s normal weight; thus if now for example someone with a weight of 80 kg would jump around in the swing, the force acting on love swing and ceiling attachment would amount to several hundred kilograms (!).

These are all factors over which we have no control. Or what if there were a material defect? Maybe we are safety fanatics, but we just want to avoid the last bit of risk, so we only offer this massive mount (at the beginning we even thought about not offering a ceiling mounting at all because of liability reasons). 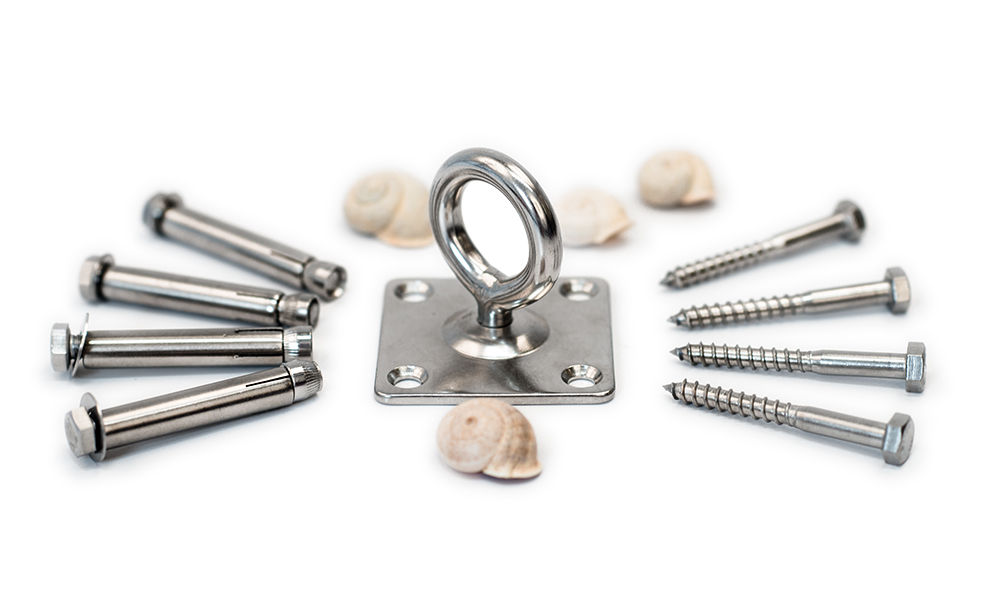 So happy swing and swing safe!